Our aim is to help you select the best psychometric instruments (tests) for making your personnel selection effective. The most reliable test in the World for the measurement of emotional intelligence in the workplace. 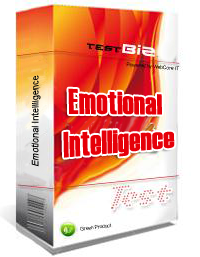 This test is the best instrument for the measurement of the degree of emotional intelligence, which has been designed to be used in enterprises all over the world.

The results of the standardization process were presented in the first international conference "Emotions & Interpersonal Skills at Work"(Salonica, June 2005) and in the 10th International Conference for Psychology, organized by the Greek Psychological Association (Ioannina, December 2005) concentrating flattering comments from both the European and the the worldwide scientific community.

How can GalaEmo test be used?

This test can be used by the Human Resources Department of all companies all over the world both in the recruitment and the assessment process, as well as to making decisions about promotions.

The test's results may add depth to the conclusions of an interview and add value and validity to the evaluations that lie upon the human resources executives' personal judgements. Already many foreign enterprises, such as Microsoft and Shell, use tests for the measurement of emotional intelligence in order to ensure the selection of the best candidates.


Statistical information of the test GalaEmo for the measurement of emotional intelligence.

The test has been standardized using a sample of 741 professional of various professional fields allover Greece and the World.

More specifically, the internal consistency reliability (or alternatively known as the Kuder-Richardson formula) of the scale is: Cronbach a = 0,8979

The reliability of the sub-scales is also satisfactory.

Accordingly, the mean scores and standard deviations for the subscales are as follows:

Finally, the scale has satisfactory face validity, as it has been designed according to Goleman's theory (1995) and high criterion validity (r= 0,85 ** , statistically significant at the 0,01 level) using a specific self-evaluated item as criterion.

At the moment a validity analysis is conducted using the original scale of Petrides & Furnham (2001, 2003) as a criterion.