One of the most reliable tests in the World for the measurement of verbal skills. 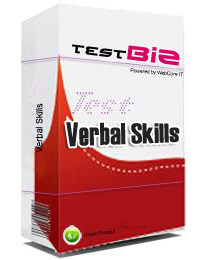 This test is one of the best worldwide instruments for the measurement of verbal skills, which has been designed to be used in enterprises in the world.

With the use of GalaLingua test an organization can measure the following:

a) The ability of verbal control, that is, the ability of the contestant to check wide set of words (sentence, paragraph, text, etc.) if some words (linguistic perception) are not used properly syntactically, phrasingly or as far as their meaning is concerned.

b) Spelling, that is the degree to which the contestant can write correctly the words he/she uses orally.

c) The ability of quick linguistic perception and meaning processing, that is, the extent to which the contestant can understand the words he/she reads quickly, as well as, the overall meaning of the text to which they come under.

d) The richness of vocabulary, that is, the degree to which the contestant possesses a rich vocabulary, as well as, the extent to which ha/she can produce words synonymous or opposite. Also, the ease to talk and write.

e) The ability of critical and abstractive approach of written speech., that is, the extent to which the contestant perceives meanings and information, which can't be completely imprinted with words or are mentioned indirectly within a text.

f) The person's inductive processing of written speech, that is, the degree to which the contestant can presume missing words by the context.

How can Galavalues test be used?

This test can be used by the Human Resources Department of all companies all over the world both in the recruitment and the assessment process, as well as to making decisions about promotions.The test's results may add depth to the conclusions of an interview and add value and validity to the evaluations that lie upon the human resources executives' personal judgements.

The standardization process is proceeding. Soon the results will be announced through our webpage.